An event every year that begins at 12:00 am on day 6 of June, repeating indefinitely 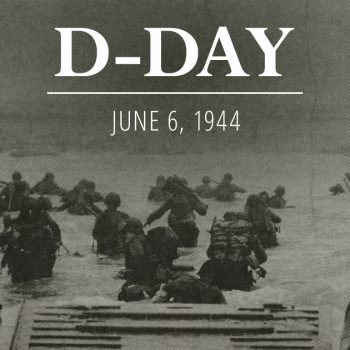 On June 6, 1944, Allied soldiers bravely stormed the beaches of Normandy, France.  The Normandy beaches were chosen because of the range of air cover, and it was shortest distance from Great Britain.  Five landing beaches were selected for the assault: Utah, Omaha, Gold, Juno and Sword beaches.  As dawn broke, the largest armada ever assembled began its assault on the beaches of Normandy.  By the end of the day, the Atlantic Wall, (which took the Germans years to build), had fallen and the invasion was a success. The events of D-Day forged partnerships and reinforced trans-Atlantic bonds that remain strong today.