An event every year that begins at 12:00 am on day 16 of August, repeating indefinitely 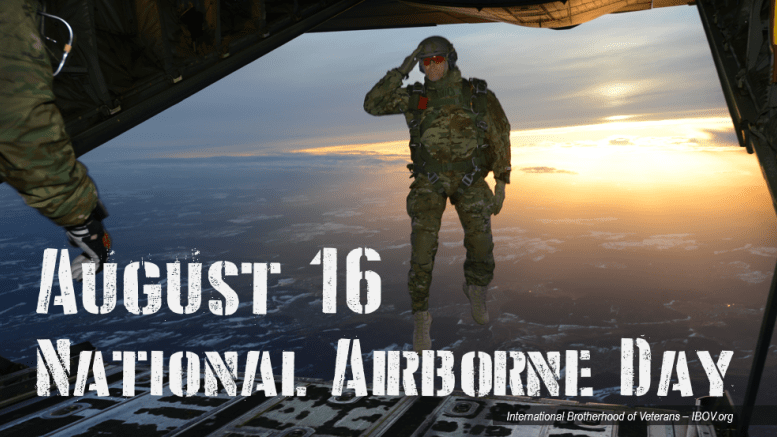 National Airborne Day, observed on August 16th each year, celebrates the accomplishments of Army parachute tradition. The Army’s Airborne Rangers and the Army Golden Knights parachute team are among the best-known American paratrooper organizations, and the accomplishments of Army paratroopers are noted across more than seven decades of service include the Iraq war in 2003.