An event every year that begins at 12:00 am on day 1 of May, repeating indefinitely 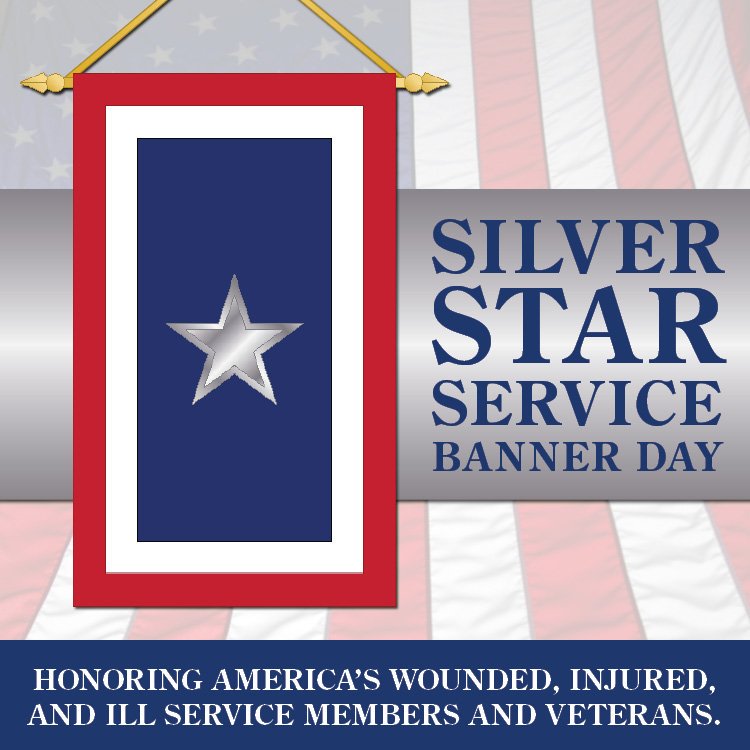 May 1st is Silver Star Service Banner Day; a time to recognize those who have been awarded The Silver Star Medal, and remember the sacrifices of our wounded and ill veterans. The Silver Star is described as the third-highest military decoration for valor in combat and is typically awarded for actions over a short-term and may be earned for specific acts in combat. Compare that to other types of medals for longer-term service-the Meritorious Service Medal, for example, which is awarded at the end of a military tour when conditions warrant.

Silver Star Service Banner Day is on May 1st.