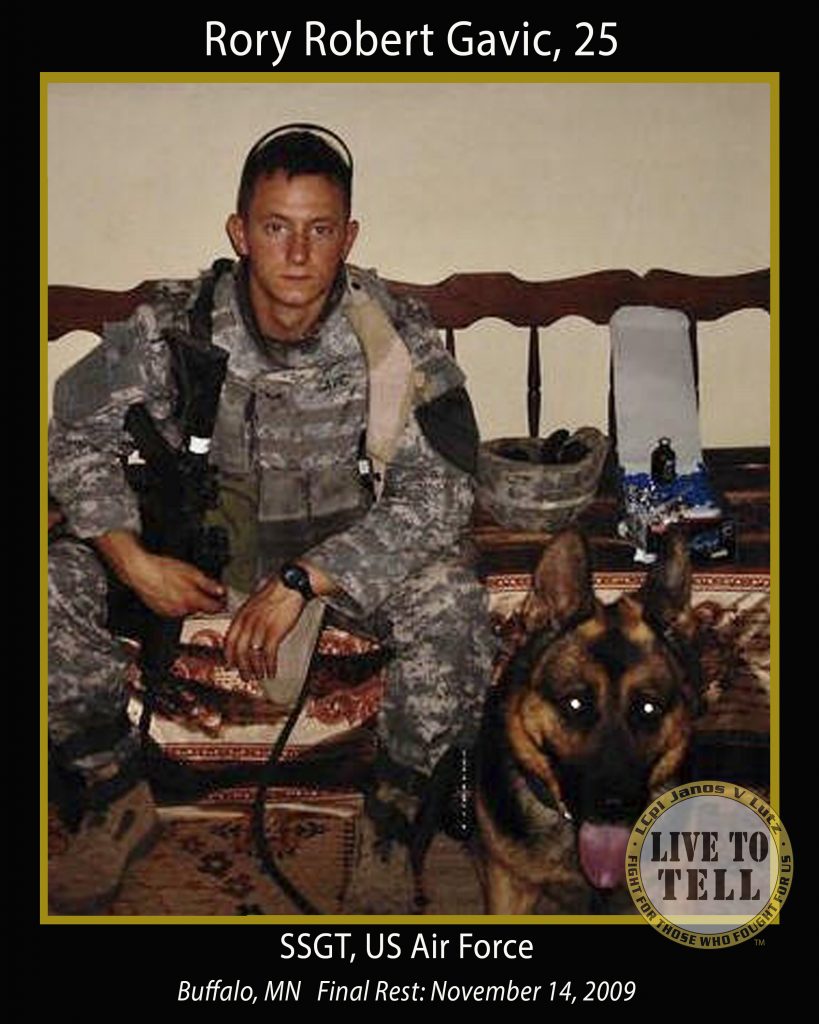 Rory grew up in Buffalo and Eagan, Minnesota. He joined the United States Air Force in 2002. SSGT Gavic was a gifted K-9 handler with Security Forces, who was awarded for his many achievements, including over a dozen commendations and Airman of the Year in 2008. He served two tours of duty in the Middle East, in support of Operation Iraqi Freedom. He was stationed at Hill Air Force base in Layton, Utah.

His kindness and soft-spoken ways will be missed by who knew him.

Sadly, on November 16, 2013, just two days after the four year anniversary of her son’s death, his mother, Linda Sawatzke, heartbroken and devastated over the loss of her son, took her own life. They now lay together, side by side, at St Francis Catholic Cemetery near Buffalo.