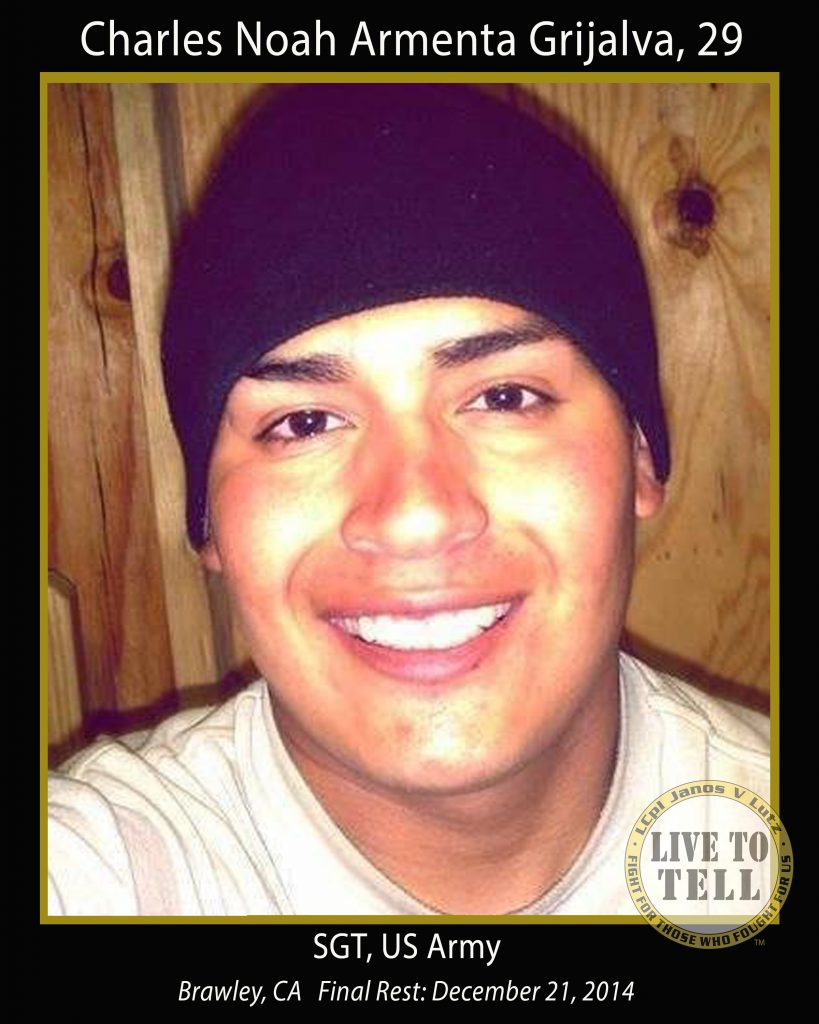 Charlie served in the US Army for a little over 9 years with deployments to the Middle East in support of the Global War on Terrorism. He attained the rank of sergeant.

He was married to Gloria M. Noriega on March 3, 2011 in Yuma, Arizona, and beloved father of his daughter, Jocelyn Mendez, son, Noah Grijalva, and a baby on the way.

Charlie was attending University of Phoenix for a Bachelor’s degree in Psychology and a devoted Oakland Raiders fan. He was also responsible for creating the Imperial Valley Pay It Forward Organization. On May 26, 2014, community members and veterans took part in a seven-mile walk/run for Memorial Day, in Brawley, California. Sgt. Charles Grijalva, dressed in his Army combat uniform, carried an urn with the remains of his friend Jarek Camac.