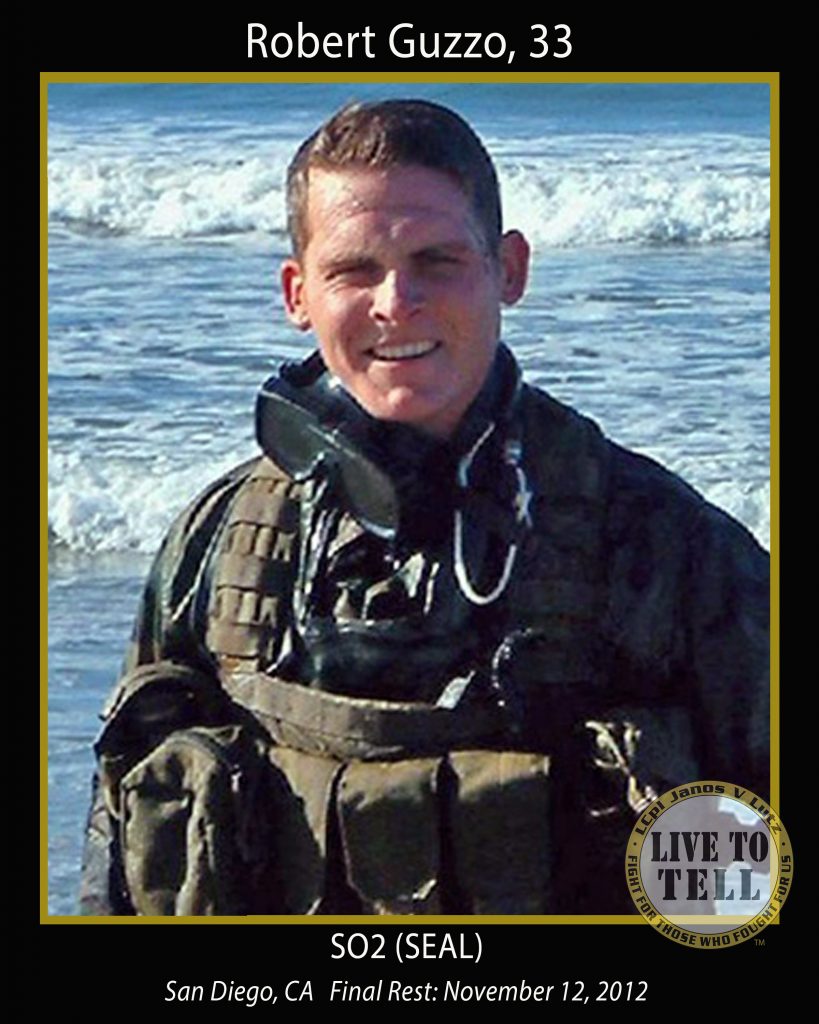 Guzzo, as he was known, went after it. He sought excitement, made it himself most of the time, and then relished in the telling of it. He was captivating, someone who lit up the room and made you pay attention.

Rob led a life of dedication to his family, friends, Seal Team 5 and his country. Rob was born into the Navy in San Diego, by parents that instilled a sense of humor and pride in him. They both had careers that took them to places around the world and Rob saw first-hand the opportunities and long-lasting bonds that sustain military families.They raised Rob to believe he could do anything and made sure he succeeded.

Rob graduated from Portsmouth High School in 1997 where he was also a star linebacker on the football team. True-to-form, he drove his coaches crazy because his natural talent was far stronger than his patience for enduring hot summer practices. Rob just wanted to be in the game, he wanted the action.

Rob went on to State University of New York College at Cortland where he majored in political science and minored in entrepreneurial studies, meaning figuring out ways to get help writing his papers and scoring the most sought-after social invitations. He was a brother in the Beta Phi Epsilon fraternity. Rob was never short on ideas, passionate in his pursuit of a good time, and always about being in the action.

Upon graduation in 2000, Rob followed his destiny: Navy Seal Team 5. He trained in Coronado, California, and deployed to Iraq in 2006, where he served as communication specialist. The brotherhood he found there, the missions, the sense of accomplishment – all shaped who he was to his core.

Rob was awarded the Navy Commendation Medal with Valor for his combat action in Iraq. He believed in what he fought for and he died trying to overcome the losses he encountered there.