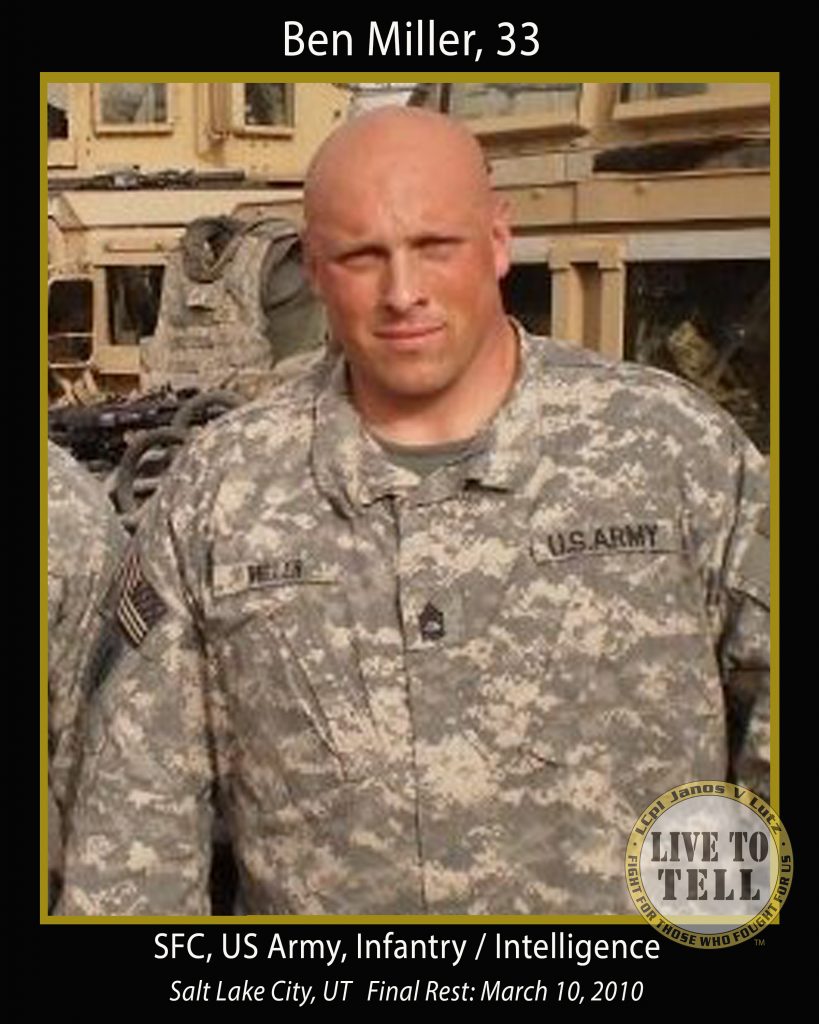 Ben graduated from Cottonwood High and was an extremely well rounded individual that participated in football, debate and drama. He began college at Weber State University often studying abroad that took him to 21 different countries. He would discover he had a natural talent in learning new languages during his studies which would later become a big part of his military career.

He enlisted in the US Army in July of 1997. He then used that skill as a top rated Hebrew Linguist. He managed to finish his college degree while serving active duty and raising a young family in the military. Moving many times, and finally made Ft. Riley, Kansas home. From there Sergeant First Class Miller deployed to Iraq. SFC Miller recently served with the 2nd Infantry Division Special Troops Battalion at Camp Liberty, Iraq courageously for one year.

“Ben was most known for his warm smile and inviting ways, he left a footprint on everyone’s heart he knew. He had a way of connecting with people so much so they just loved being around him. He was bigger than life and challenged himself daily, he dreamed big and followed them all passionately. He really was the center of attention in a room and enjoyed being on stage. He was a natural entertainer and had a knack for singing and impressions”, his family said. He will be sorely missed by all who knew him and will be forever changed because of him.