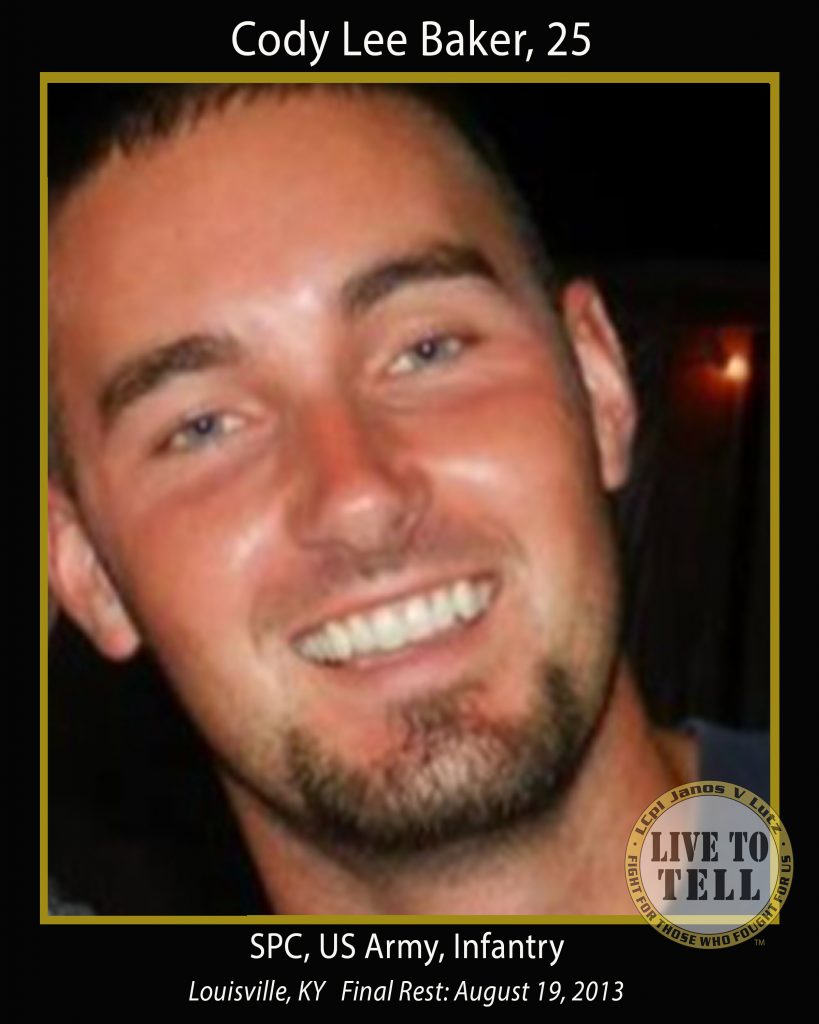 SPC Baker was a US Army combat veteran of the Iraq Campaign and a member of Hardinsburg VFW, Post 5831. Cody could “light up a room” with his smile and strived to make the world a better place. He enjoyed working with veterans, riding his motorcycle and attending the local bike rally each year. According to his family and friends, “Cody liked anything with rubber tires and made a lot of noise.” He will be deeply missed by so many.

About Cody: Cody’s Cause