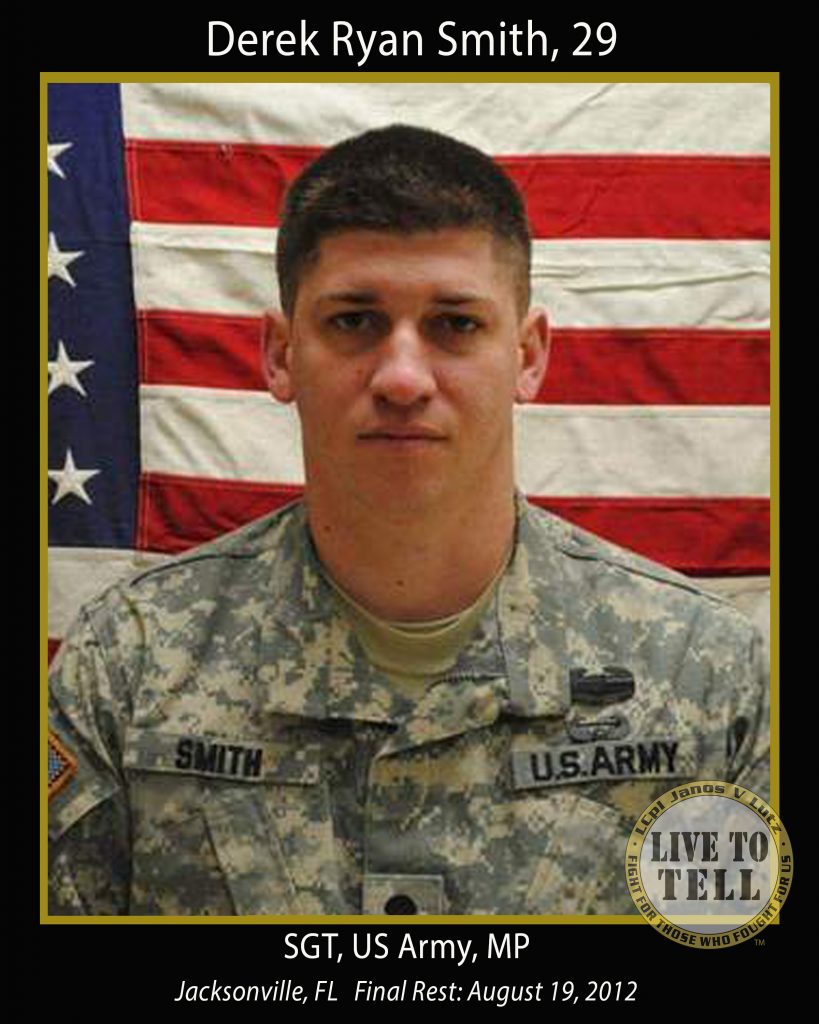 He was a 2002 graduate of University Christian School and attended St Johns River Community College as a CMS Law Enforcement Basic Recruit in 2005.

Derek joined the United States Army on April 27, 2007. He served at Fort Campbell, Kentucky and Fort Belvoir, Virginia. He deployed to Iraq for fifteen-months in support of the Global War on Terrorism, earning the rank of sergeant.

Derek was a well-loved member of a large family. He was unique and always had a smile on his face. He was fun-loving, dedicated, and a loyal Military Police Officer who was an avid Gator and Jaguar fan. He loved life and was loved by all who knew him. He went to Heaven much too soon and left his loved ones with heavy hearts.