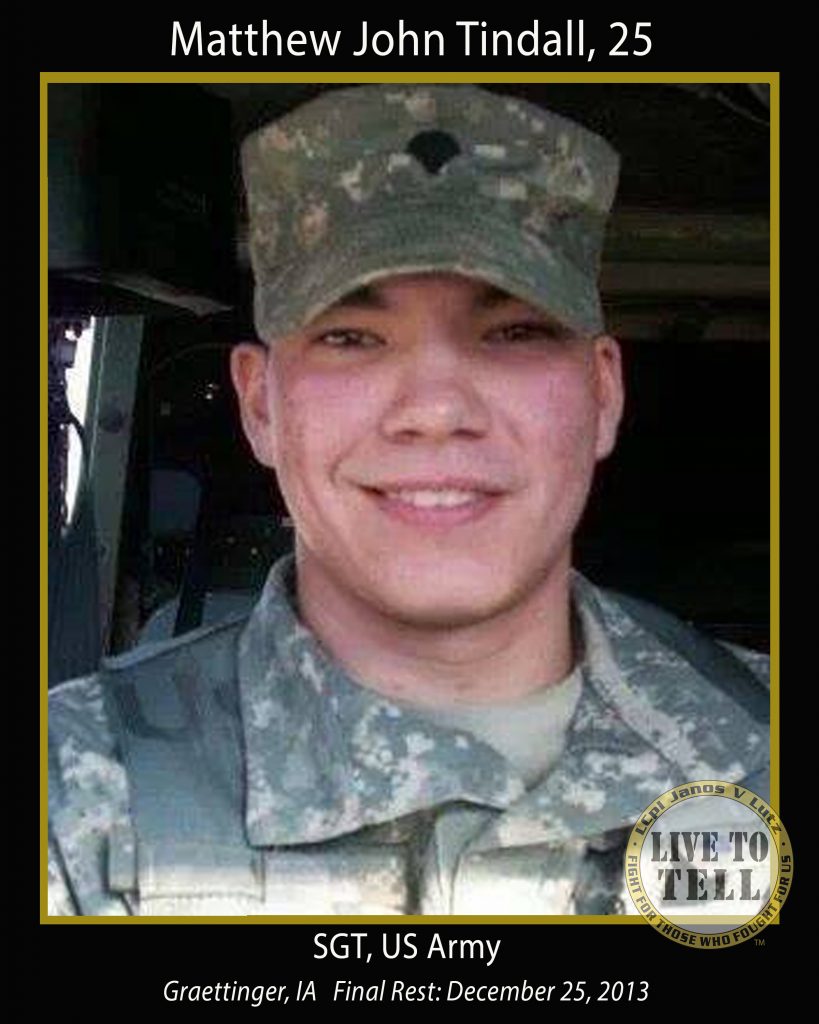 Following high school, Matt joined the US Army. He served two overseas tours in Kosovo and Afghanistan where attained the rank of sergeant. Matt made many friends throughout his military career, and he loved the comradeship that he had with his fellow soldiers.

After his military service, Matt stayed active in the Iowa Army National Guard.

Matt was an avid outdoorsman enjoying golfing, fishing, hunting and taking trips to the Black Hills. He loved music, playing his guitar and playing “Spiderman” with his nephew, Wyatt. He was passionately competitive in everything he did in life.