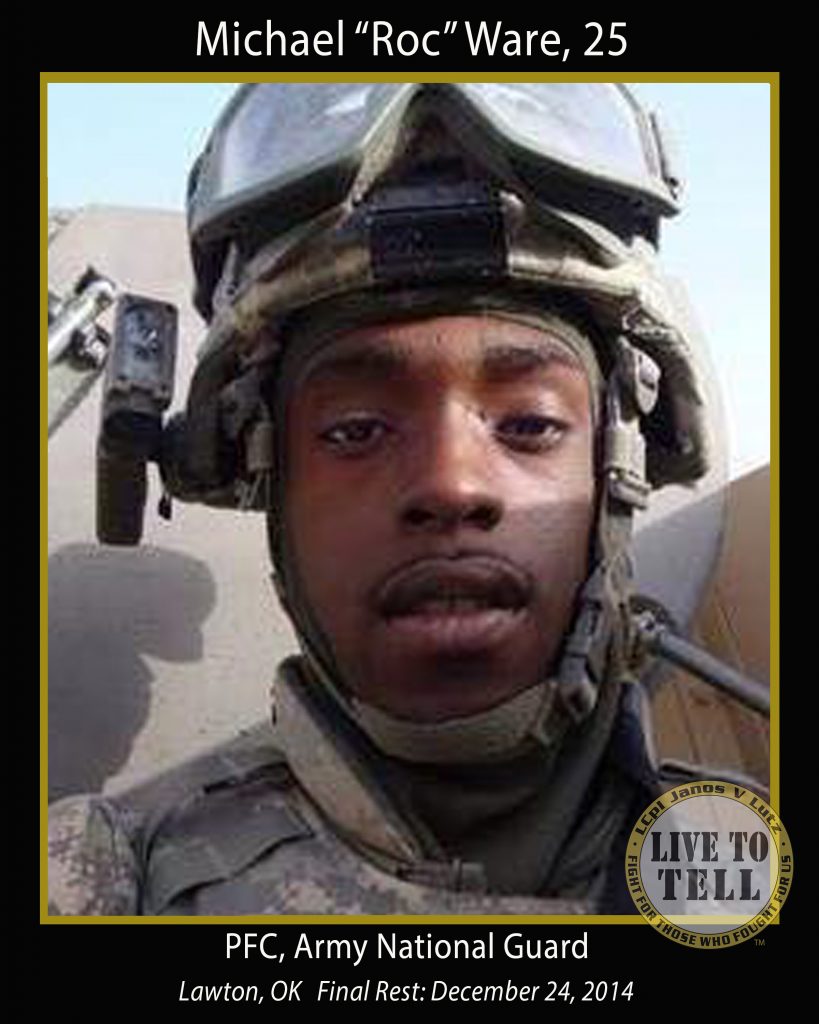 Michael grew up in Lawton, Oklahoma, and joined the Oklahoma National Guard. He served a twelve-month tour of duty to Iraq in support of the Global War on Terrorism. He then volunteered to serve three months with the Georgia National Guard as a fill in. Six days before PFC Ware was to return home, he suffered a traumatic brain injury from an IED explosion. Once home, PFC Ware began to struggle with post traumatic stress from his time spent in the combat zone.

Michael had a passion for music. He began writing music in 2002 and made his first recording in 2005. “Soon as I touched back to freedom I been all about this music,” he said in his bio on reverbnation.com “I live for music.”