Support for medical cannabis among veterans is a “landslide” and a truly non-partisan issue, and the numbers prove it. 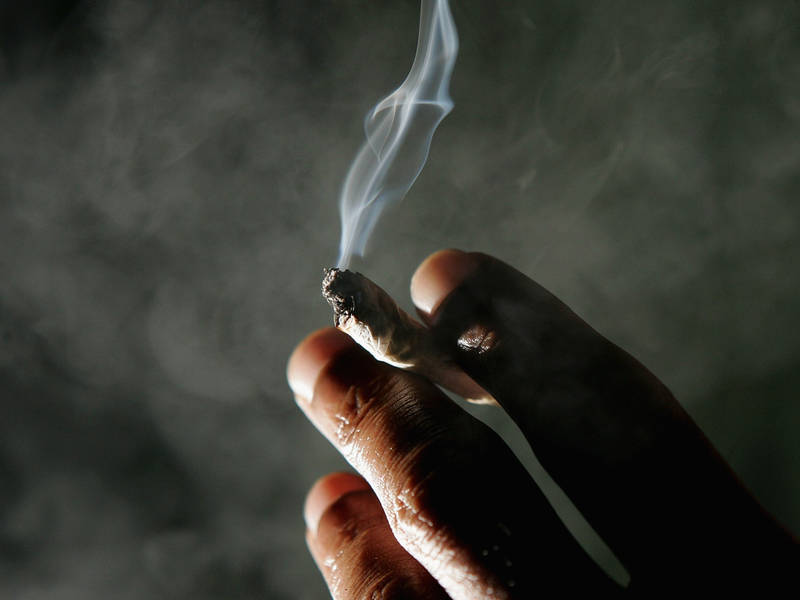 Ninety-two percent of veterans, and caregivers of veterans, support research into medical cannabis and 82 percent think medical cannabis should be legalized outright. Support for medical cannabis extends beyond age groups and political affiliation. Often seen as a safer alternative to opioids for pain, and to Benzodiazepine for anxiety, medical marijuana is getting immense support from the veteran community.

The American Legion already called for the removal of cannabis from the schedule one class drug list, which includes drugs like heroin and ecstasy. With the results of the survey, announced at a press conference Thursday, the American Legion is now also calling on government officials to broaden who can grow cannabis for research and allow VA doctors to talk to their patients about cannabis as a treatment.

High support for medical marijuana was no surprise to Plenzler, a former lieutenant colonel in the Marine Corps. “It was the young vets who came to us and put us up to this,” he said.

Lou Celli, the National Director of Veterans Affairs and Rehabilitation, didn’t believe there was any benefit to medical cannabis at one point. “Keep in mind, I’m a retired Army master sergeant, a former law enforcement officer. But these veterans persisted,” he said at the press conference. “Veterans are suffering… we owe it to them to do the research.”

In their research, Celli said, they came across veterans who said “the only reason they were alive today and did not commit suicide was because of their use of medical cannabis. That was a pretty powerful statement.”

“Ironically, all of the opioids that kill more than 90 Americans every day are Schedule II and III drugs,” said Celli. “In fact, just last year more Americans died of opioid fatalities than the number of Americans Killed In Action during the Vietnam War.”

And the immense use of pharmaceutical drugs, including opioids, to treat conditions common in veterans often does more damage than good. One mother, sadly, knows this better than most.

Janine Lutz lost her son, John, who fought in some of the hardest battles of the wars in Iraq and Afghanistan as a Marine. When he came home from Afghanistan, he was diagnosed with severe PTSD and traumatic brain injury, or TBI. Lutz spoke at the event where the American Legion revealed the results of their survey.

TBI, often considered the “signature injury” of the wars in Iraq and Afghanistan due to the extensive use of roadside bombs and explosive booby traps, is when the brain is physically damaged enough to cause one of many mental issues.

Lutz was given what is known as the combat cocktail, a mix of anti-anxiety, antidepressant and pain relieving drugs. A week after he was prescribed Klonopin, John attempted suicide. The drug did not agree with his system and was causing his suicidal ideations, Janine said, telling her son’s story.

When he was medically retired from the Marine Corps, John Lutz was on 18 different medications, including opioids for his pain. “He realized he wasn’t living life. He was a zombie… there was no joy, he was just an empty shell,” Janine said.

He made the decision that he wanted to get off the drugs and quit them cold turkey, going to the emergency room several times, but he made it. His quality of life and joy improved. “He was alive,” Janine said. John asked his mother to lock up his morphine and all of the guns in the house.

Then, John’s PTSD was triggered and depression struck. He went back to the VA to seek help, where all they did was give him Klonopin and morphine, which is medically dangerous. “Eight days later, my son was dead,” Janine said.

The American Legion contracted Five Corners Strategies, a public affairs firm, to conduct the study. Of the 802 respondents, 513 identified as veterans and 289 as caregivers of veterans.

Veterans and caregivers both overwhelmingly support the federal legalization of cannabis to treat a mental or physical condition.

This is also a bipartisan issue.

Usage is also an important factor.

The American Legion doesn’t support recreational use of marijuana.