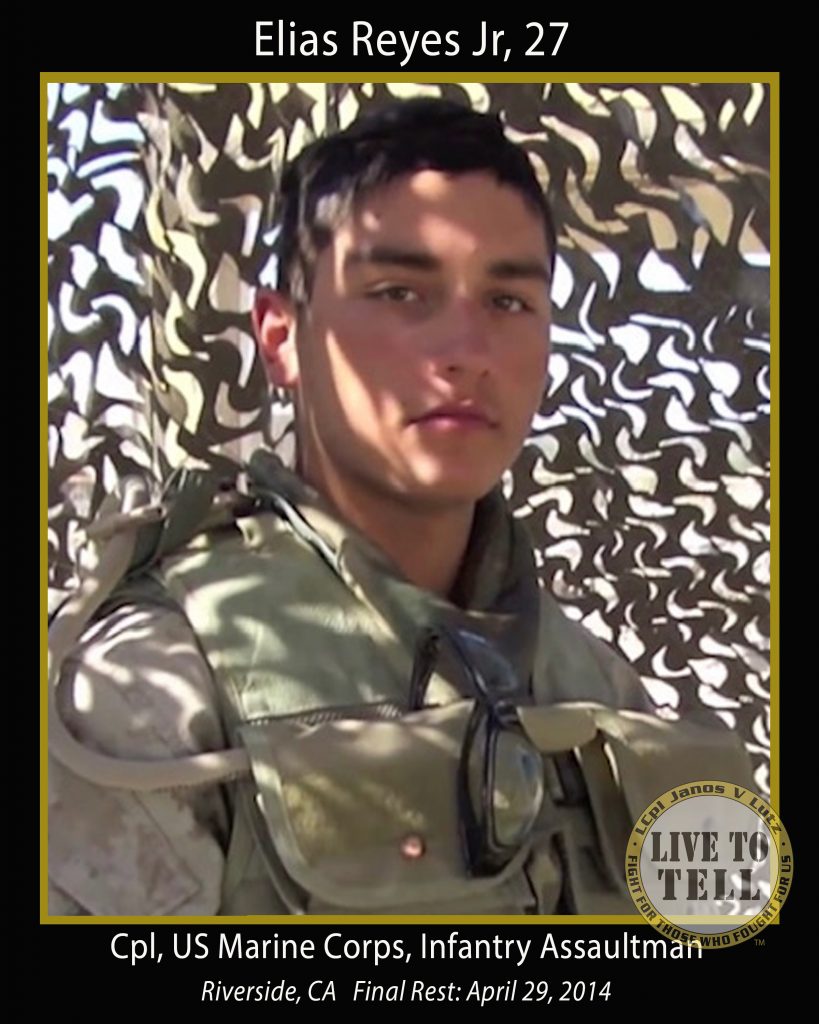 Cpl Reyes had two combat tours in Iraq under his belt when he and the rest of the 2/7 arrived in Sangin, Afghanistan. Sangin is located in Helmand Province but when the 2/7 got there it might as well have been called hell.

It was not unusual for the Marines in Echo Company to engage with the enemy three or four times a day. An IED had left him with a traumatic brain injury, and the heavy combat he saw left him suffering from post-traumatic stress.

Corporal Reyes was honorably discharged in 2008.

When Cpl Reyes was discharged after three tours of combat in his four years of service, he fulfilled a dream of becoming a UCLA Bruin. He graduated from UCLA in 2012 with a 3.8 grade point average and a Bachelors Degree in Philosophy. Pursuing his dream of becoming a doctor, Elias moved to Albany, CA. to complete his Post Baccalaureate in Life Sciences. But even as he excelled in the classroom, the battlefield haunted him.