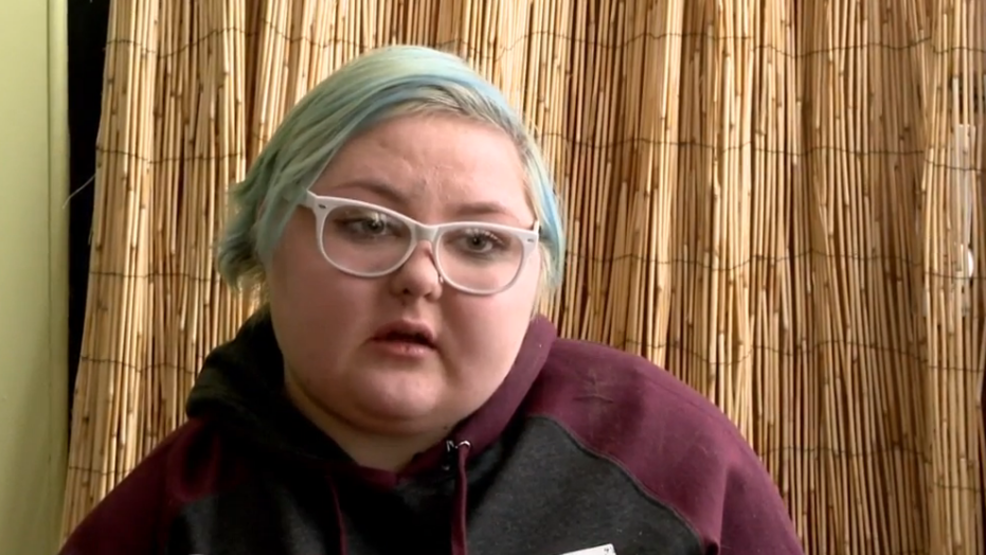 From PTSD, to seizures, to nausea and chronic pain– some claim medical marijuana helps them deal with their debilitating conditions.

Regan Capps, 16, has been suffering from cancer for half her life. She’s hoping to change the perception of the drug.

Her mother says, for the first time in a long time- her daughter is finally living, despite her prognosis, and they have marijuana to thank.

She says she loves all kinds of animals, especially her pet snake Athena.

But while Capps spends time with friends and on her phone like most girls do, she has a lot more on her mind than typical teen drama.

“Yeah I try to hide it with my sweaters and stuff,” said Capps.

She is talking about her cancer.

“September 23 of 2009, she was diagnosed with cancer which is a connective tissue sarcoma,” said Angela Carpenter, mom.

“When I first got sick, we honestly didn’t know what was going on. I was just in a lot of pain and what not,” said Capps.

“At that time it was stage 4. It was everywhere,” said Carpenter.

Capps was in for the fight of her life at only 8-years-old.

But she and her body had other plans. Regan endured 21 weeks of radiation, chemotherapy and dozens of other prescription drugs.

“My body doesn’t really react well to medicine. It hasn’t. It does the exact opposite. It made me sicker, it gave me jaundice, it turned me yellow, it put my liver really low and down and made me really sick,” said Capps.

That’s when her mother decided to take a different approach.

“I told her doctor just so you are aware, this is something I am going to pursue. I would hope that you would be on board. If you are not, I will find someone who is,” said Carpenter.

Capps began using medical marijuana and she says, the difference was immeasurable.

“Before I started using cannabis, I was I basically looked like a skeleton. I was always throwing up. I had no hair. No eyebrows no eyelashes, nothing,” she said.

Unfortunately, the damage from the harsh cancer-fighting drugs was too much for her body to handle.

“We were on almost five years and then it came back but this is a secondary cancer which is undifferentiated– which is radiation and chemotherapy induced,” said Carpenter.

Not long after, she found out her fate.

“Her nurse had given her a beautiful little fairy crown with ribbons and she had it on her head and she had been talking about things she had been doing, and when they sat down and Doctor Scott said, ‘Regan, I’m so sorry I have bad news. Your disease had progressed and you will not survive your disease.’ It was the saddest moment, she took that little crown off and handed it to me and I swear I felt a part of my daughter leave me that day,” said Carpenter.

It was the years of radiation, chemo and other drugs that caused her body to fail.

“At that time I asked them do I have a year, less than a year and they said less than a year. You can’t judge those things but then you think about it. That’s already a quarter of the way gone,” said Carpenter.

Now Capps uses cannabis to make her feel comfortable in what doctors say are her final days.

As the medical marijuana debate continues across the country, Capps and her mom want people to understand how it’s helped them. She is spending as much time with family and friends as she can, but the pair is also hoping her story can give others the last chance, she doesn’t have.

“It’s not it hurts to be sick, it hurts really bad to be sick and I don’t like seeing other people of through that,” said Capps.

“Talking about this for her. Doing this interview for her is important to her. She mentioned to you, she wanted to be an oncology nurse. She wants to take this experience and make something of it. Her biggest concern when she left study was not herself. She said, ‘Mom, I want to be able to help those kids, that are coming behind me. I want them to learn from me. And I want to be able to help them.’ And I said honey you are still in that study. Your tumor your material you are still working and you will be long after you aren’t here,” said Carpenter.