Research into medical marijuana and liberal cannabis laws may offer insights into possible solutions to a crisis that saw 17,087 people die from prescription opioid overdoes in the US in 2016. 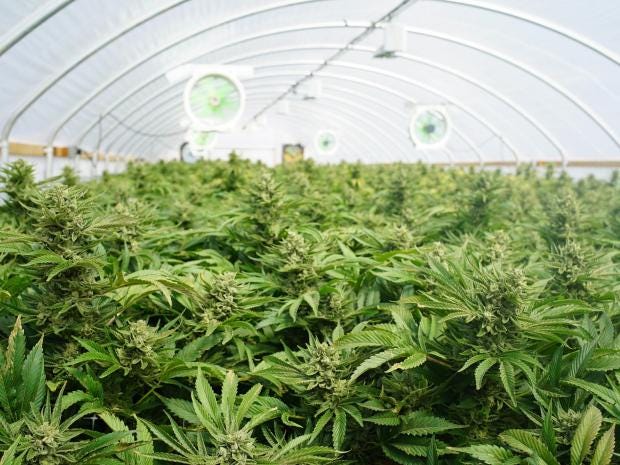 Two separate peer-reviewed studies in the journal JAMA Internal Medicine found significant drops in opioid prescribing in US states that had relaxed their cannabis laws.

Both studies appear to offer insights into possible ways to solve a crisis that saw 17,087 people die from prescription opioid overdoes in the US in 2016.

The crisis has its origins in soaring prescription rates after a new generation of opioids were marketed in the 1980s and 1990s with inaccurate claims that they could alleviate chronic pain with minimal risk of addiction.The new research was accompanied by an opinion piece in JAMA Internal Medicinewhich said both studies produced “results suggesting that cannabis legalisation may play a beneficial role in the opioid crisis”.

In the first study, researchers at the University of Georgia, Athens, looked at Medicare Part D prescriptions for people over the age of 65 between 2010 and 2015.

Summarising their results in the articleAssociation Between US State Medical Cannabis Laws and Opioid Prescribing in the Medicare Part D Population, the researchers said that part of the reason for embarking on their study was that “Medical cannabis policies may be one mechanism that can encourage lower prescription opioid use and serve as a harm abatement tool in the opioid crisis.”

The researchers concluded: “Medical cannabis laws are associated with significant reductions in opioid prescribing in the Medicare Part D population. This finding was particularly strong in states that permit dispensaries, and for reductions in hydrocodone and morphine prescriptions.”

The second study, detailed in the article Association of Medical and Adult-Use Marijuana Laws With Opioid Prescribing for Medicaid Enrollees, looked at Medicaid prescription data from 2011 to 2016.It found that allowing medical marijuana use was associated with 5.88 per cent drops in opioid prescribing rates.

Allowing adult recreational use of cannabis was associated with greater reductions.  Annual opioid prescribing rates fell by 6.38 per cent.

The University of Kentucky researchers concluded: “The potential of marijuana liberalisation to reduce the use and consequences of prescription opioids among Medicaid enrollees deserves consideration during the policy discussions about marijuana reform and the opioid epidemic.”

The opinion article, The Role of Cannabis Legalization in the Opioid Crisis, said that both studies “support anecdotal evidence from patients who describe a decreased need for opioids to treat chronic pain after initiation of medical cannabis.”

The same article, however, cautioned that the correlations between cannabis legalisation and falling opioid prescription rates did not necessarily equal causation.

It said the two studies did not include controls for “a multitude of other factors that may affect the association between medical cannabis and opioids in a given state and that are known to be associated with regional variation in opioid prescribing.”

The comment article added that what happens with Medicare Part D and Medicaid patients may not apply to the US population as a whole.

The opinion piece said: “Conclusions drawn from Medicare Part D or Medicaid data, which include primarily disabled individuals, individuals 65 years or older, and others with low income levels, such as families, children, or pregnant women, may not be generalizable to other demographic groups.”

“However,” the article added, “The research does seem to point in the direction of marijuana having some sort of positive benefit with regards to lessening opioid prescriptions.”

The two studies, which looked at legalised cannabis and legalised opioid use, contrasted with some previous research which has found an association between illegal cannabis use and increased illicit recreational abuse of prescription opioids.

It added: “For many reasons, ranging from significant barriers to research on cannabis and cannabinoids to impatience, cannabis policy has raced ahead of cannabis science in the US.

“Many companies and states (via taxes) are profiting from the cannabis industry while failing to support research at the level necessary to advance the science.

“This situation has to change to get definitive answers on the possible role for cannabis in the opioid crisis, as well as the other potential harms and benefits of legalising cannabis.”