Medical marijuana in Pa.: These 17 conditions will qualify people to get it 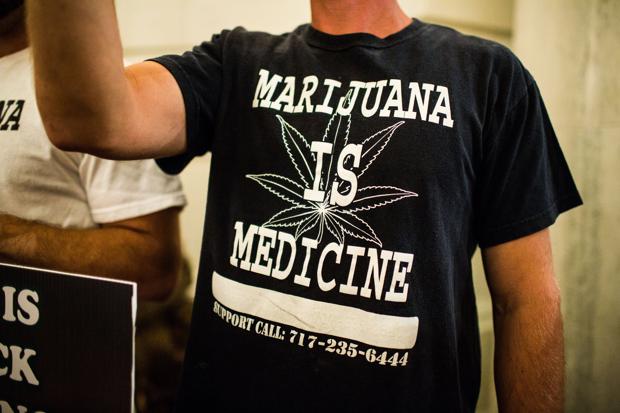 Supporters gather at a rally to support the legalization of medical marijuana at the State Capitol, Sept. 22, 2015. James Robinson, PennLive.com

A card will be needed 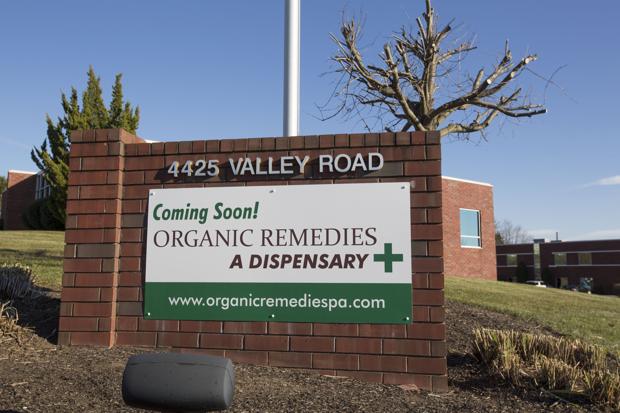 Medical marijuana sign goes up in Hampden Township, Pa., Dec. 1, 2017. This is one of dozens of dispensaries around the state where people will be able to buy medical marijuana. Photo by Mark Pynes.

A patient can designate a caregiver 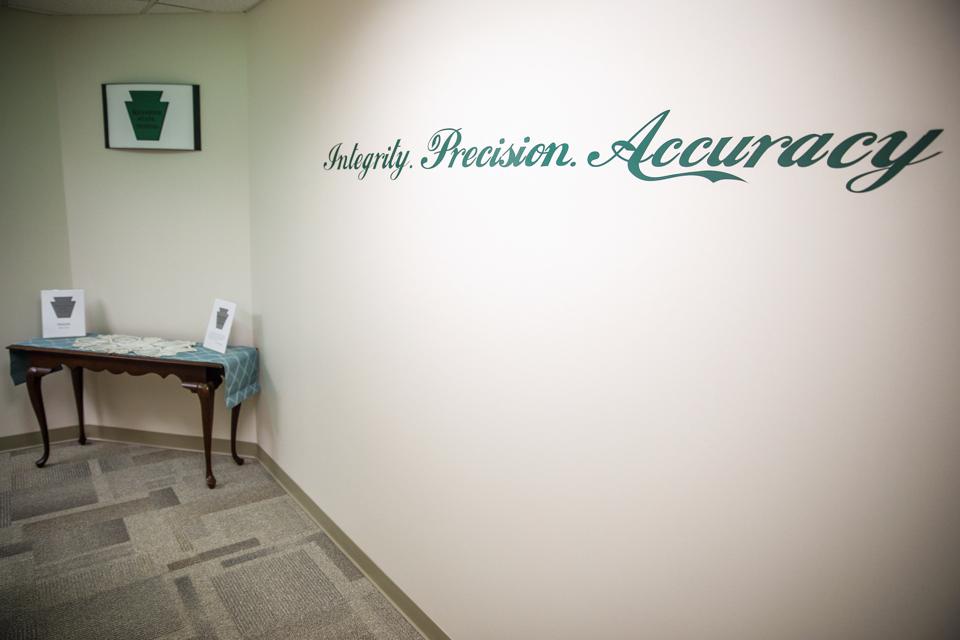 Known as ALS as well, it’s a disease that interferes with the brain’s ability to communicate with the muscles, gradually causing paralysis.

According to an advocacy organization, autism “refers to a range of conditions characterized by challenges with social skills, repetitive behaviors, speech and nonverbal communication, as well as by unique strengths and differences.” 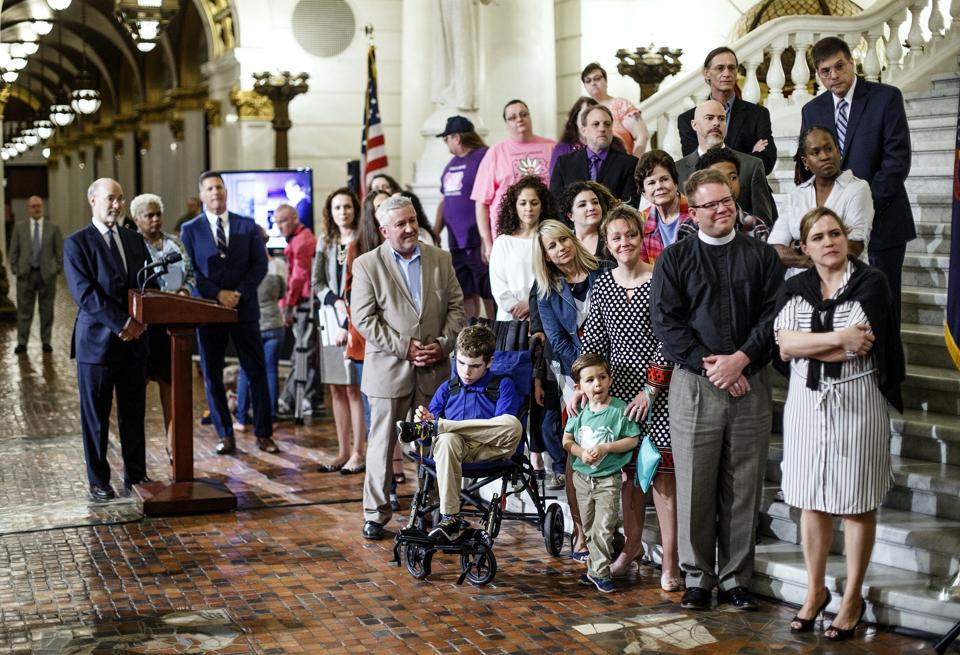 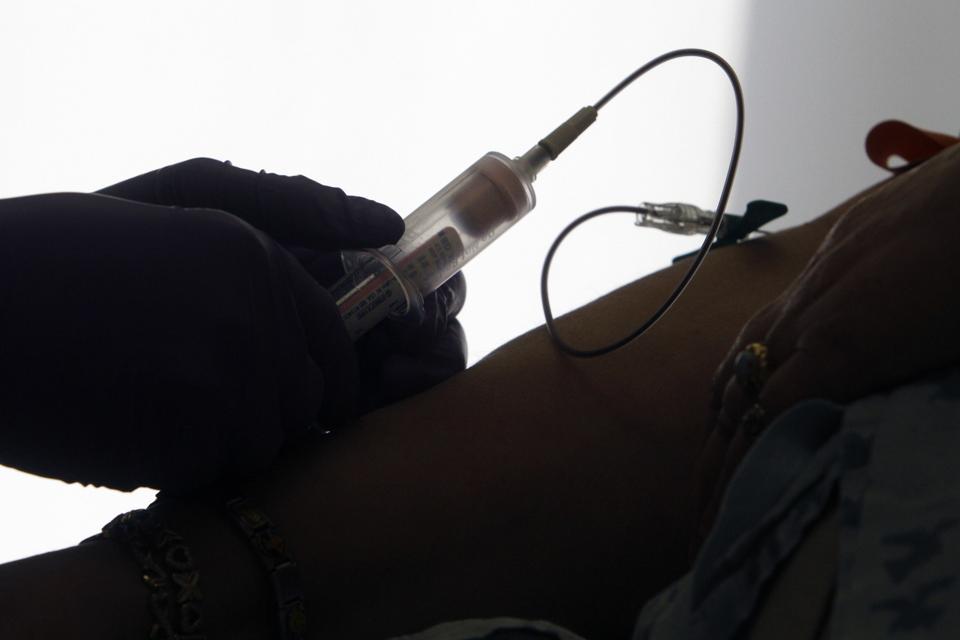 File photo is someone undergoing cancer treatment. Medical marijuana is sought by cancer patients to purposes including pain management and increasing their appetite. (AP Photo/Jacqueline Larma)

5. Damage to the nervous tissue of the spinal cord with objective neurological indication of intractable spasticity

This refers to damage that can result from injury or accident.

According to the Epilepsy Foundation, “Epilepsy is a chronic disorder, the hallmark of which is recurrent, unprovoked seizures. A person is diagnosed with epilepsy if they have two unprovoked seizures (or one unprovoked seizure with the likelihood of more) that were not caused by some known and reversible medical condition like alcohol withdrawal or extremely low blood sugar.” 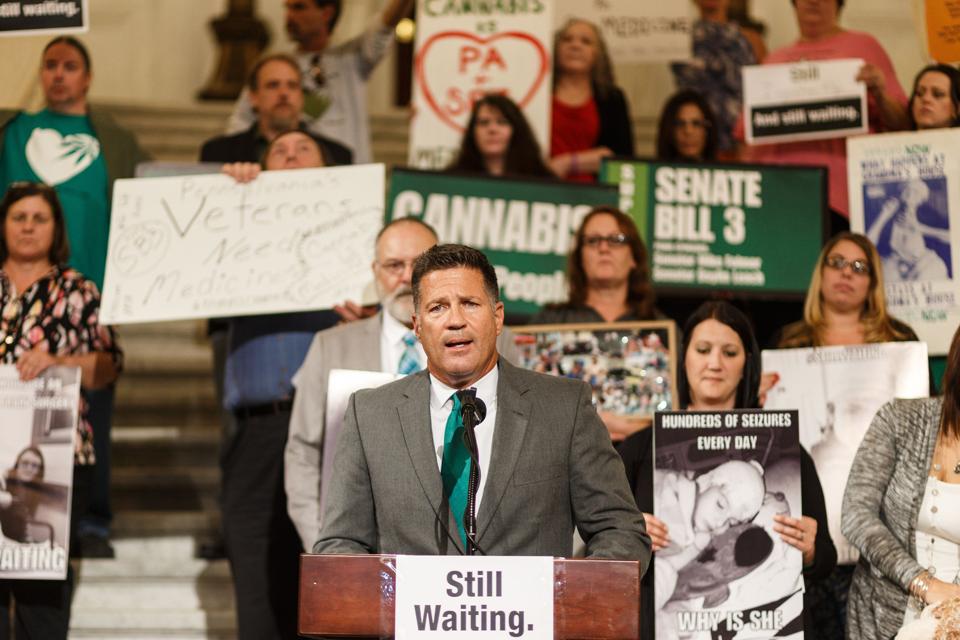 Former Pa. Rep. Mike Regan R-Dillsburg, speaks at a rally to support the legalization of medical marijuana, Sept. 22, 2015. Regan, a former U.S. Marshal who enforced drug laws, played a big role in persuading fellow Republicans to support medical marijuana. He moved many people by telling of his father in law, suffering from cancer, buying marijuana on the street to address his pain and weakness that resulted from loss of appetite. Regan is now a member of the Pennsylvania Senate. James Robinson, PennLive.com

According to the National Eye Institute, “Glaucoma is a group of diseases that damage the eye’s optic nerve and can result in vision loss and blindness. However, with early detection and treatment, you can often protect your eyes against serious vision loss.”

According to Medline Plus, “HIV stands for human immunodeficiency virus. It harms your immune system by destroying the white blood cells that fight infection. This puts you at risk for serious infections and certain cancers. AIDS stands for acquired immunodeficiency syndrome. It is the final stage of infection with HIV.”

According to the Huntington’s Disease Society of America, “Huntington’s disease is a fatal genetic disorder that causes the progressive breakdown of nerve cells in the brain. It deteriorates a person’s physical and mental abilities during their prime working years and has no cure. Huntington’s is known as the quintessential family disease because every child of a parent with Huntington’s has a 50/50 chance of carrying the faulty gene. Today, there are approximately 30,000 symptomatic Americans and more than 200,000 at-risk of inheriting the disease. 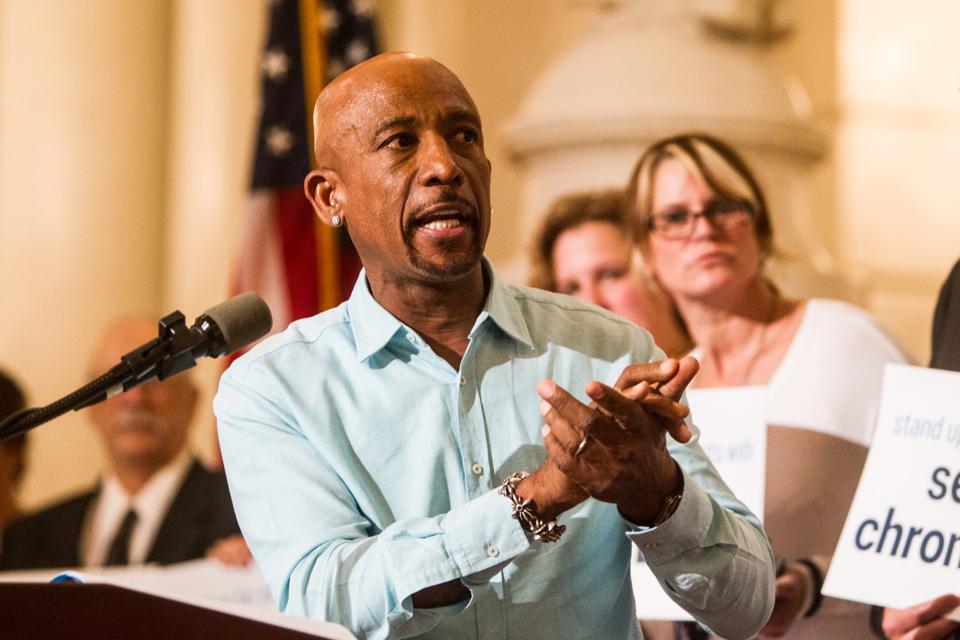 In 2015, Montel Williams spoke at the Pennsylvania Capitol in support of allowing a vote on medical marijuana legislation during a long period when it was stalled in a committee and leaders did not want it to come to a vote, even though polls showed the public was in favor. Williams said he has relied on medical marijuana for many years. James Robinson, PennLive.com

According to the U.S. Centers for Disease Control and Prevention, “Inflammatory bowel disease is a term for two conditions, Crohn’s disease and ulcerative colitis, that are characterized by chronic inflammation of the gastrointestinal tract, or GI tract. This prolonged inflammation results in damage to the GI tract.

According to the Mayo Clinic, multiple sclerosis, or MS, occurs when the immune system attacks the protective sheath, myelin, that covers nerve fibers and causes communication problems between the brain and the rest of the body. Eventually, the disease can cause the nerves themselves to deteriorate or become permanently damaged. 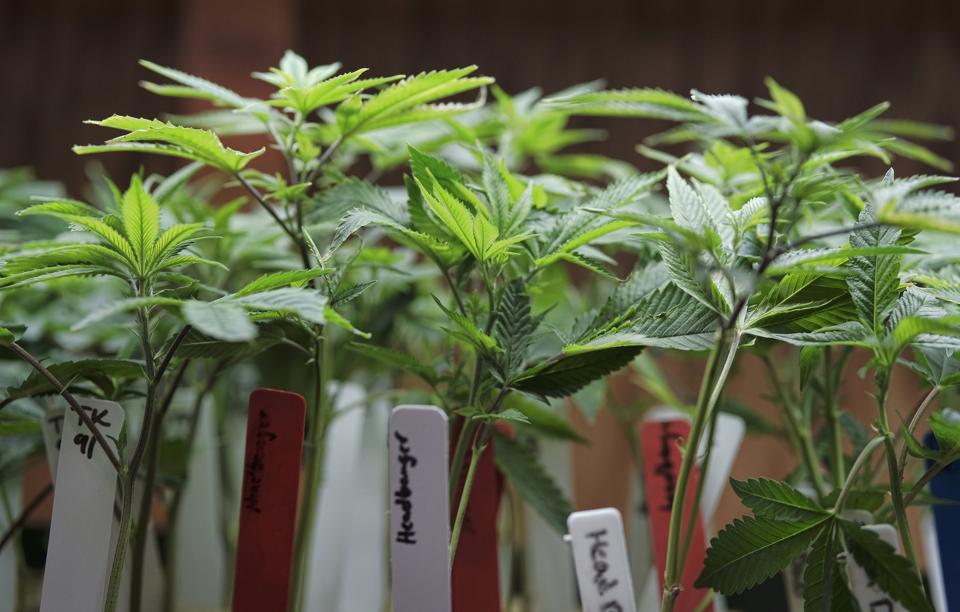 This April 15, 2017 file photo shows marijuana plants for sale at the ShowGrow dispensary a medical marijuana provider in downtown Los Angeles.  In Pennsylvania, however, leaf forms of medical marijuana, and smokeable forms, will not be allowed. (AP Photo/Richard Vogel,File)

According to the National Institutes of Health, neuropathy, commonly called peripheral neuropathy, is a condition that develops as a result of damage to the peripheral nervous system — the vast communications network that transmits information between the central nervous system (the brain and spinal cord) and every other part of the body. Symptoms can range from numbness or tingling, to pricking sensations, or muscle weakness.

According to the Mayo Clinic, “Parkinson’s disease is a progressive disorder of the nervous system that affects movement. It develops gradually, sometimes starting with a barely noticeable tremor in just one hand. But while a tremor may be the most well-known sign of Parkinson’s disease, the disorder also commonly causes stiffness or slowing of movement.” 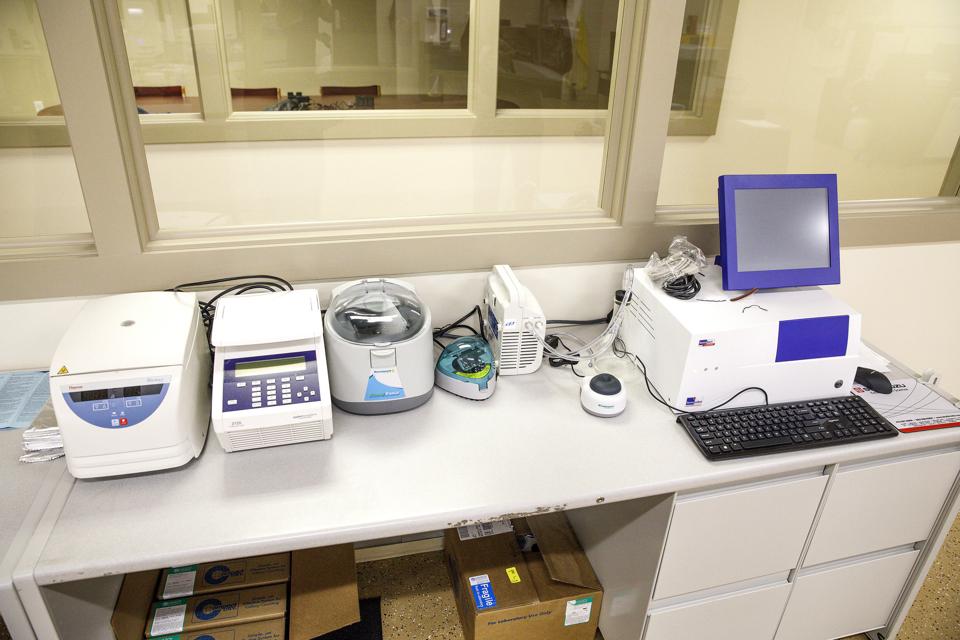 Here is testing equipment inside Keystone State Testing in Lower Paxton Township, Dauphin County. Medical marijuana will pass through a testing facility before it reaches patients. This photo was taken on January 17, 2018. Dan Gleiter | dgleiter@pennlive.com

According to the National Institute of Mental Health, “PTSD is a disorder that develops in some people who have experienced a shocking, scary, or dangerous event.” Veterans who believe their PTSD, and particularly the accompanying anxiety, can benefit from medical marijuana, where another driving force in persuading Pennsylvania lawmakers to legalize medical marijuana. Advocates for veterans and others with PTSD, including some of their doctors, also advanced that view.

This refers to chronic, severe pain. Some doctors and researchers believe that medical marijuana can provide a highly-effective and non-addictive alternative to opioid painkillers.

According to MedlinePlus, “Sickle cell anemia is a disease in which [the] body produces abnormally shaped red blood cells. The cells are shaped like a crescent or sickle. They don’t last as long as normal, round red blood cells. This leads to anemia [where the blood has lowered ability to carry oxygen]. The sickle cells also get stuck in blood vessels, blocking blood flow. This can cause pain and organ damage.” 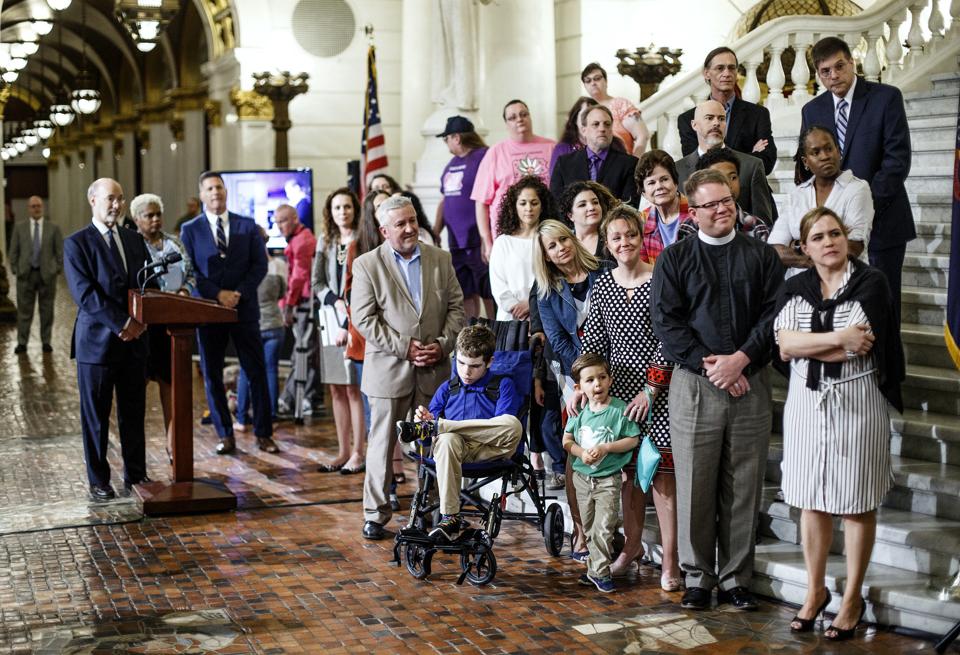