A new poll — from an anti-marijuana group — shows US politicians lag far behind the public’s views on marijuana. 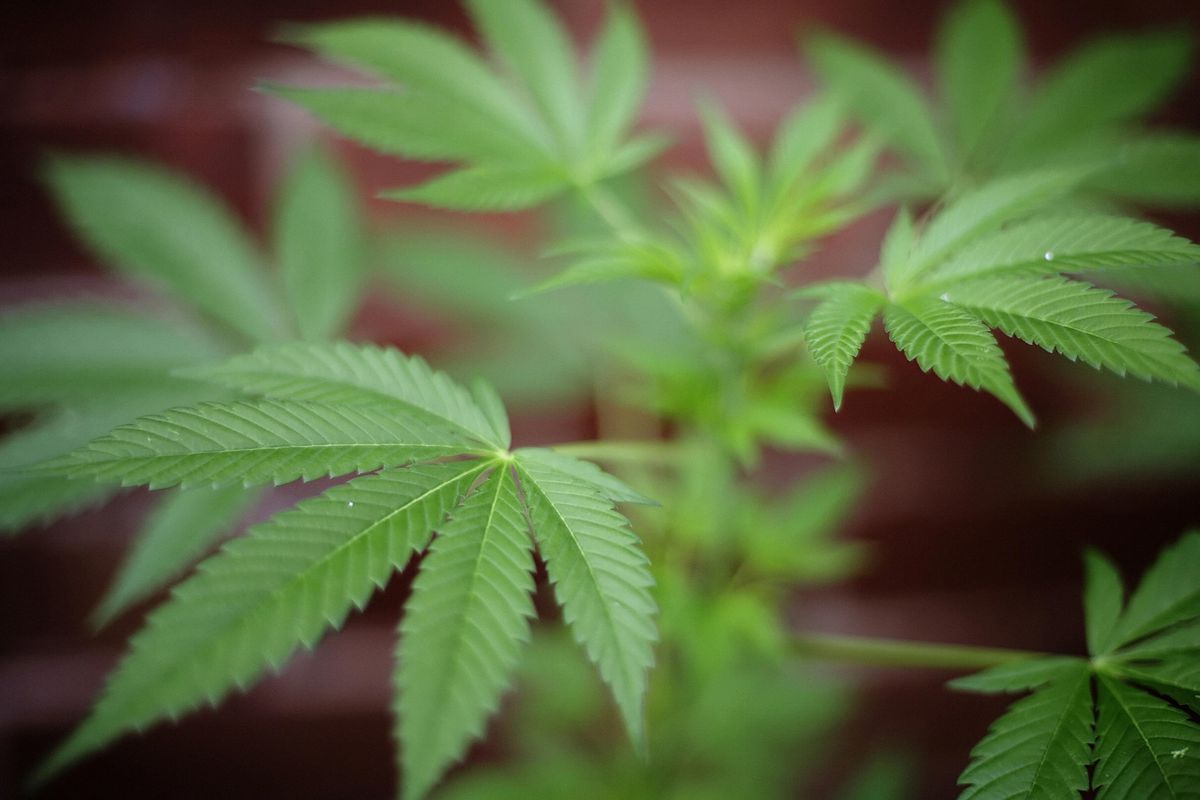 The overwhelming majority of Americans are opposed to current federal marijuana law.

That’s the big takeaway from a new poll conducted by Mason-Dixon Polling and Strategy and released by Smart Approaches to Marijuana (SAM), the country’s most prominent anti-legalization group.

The poll took a unique approach to a legalization survey. Instead of asking people if they support legalization and giving them a binary yes-or-no choice, it asked 1,000 registered voters about several options for federal marijuana policy: keeping current policy (which prohibits possessing and using cannabis for any purpose), legalizing “physician-supervised medical use,” decriminalizing pot by removing criminal penalties for use and allowing medical use but prohibiting sales, and legalizing the commercial production, use, and sale of marijuana for recreational use.

SAM said in a statement that the poll shows the country is evenly split on legalization. The group has often argued that other legalization polls, by posing the issue in a binary yes-or-no style, miss some of the potential nuances in marijuana policy and public opinion.

It’s true that this more nuanced poll finds lower levels of support of legalization than, for example, Gallup or the Pew Research Center, whose most recent surveys found 64 percentand 61 percent support for full legalization, respectively.

“These results clearly indicate the oft-touted vast public support for marijuana legalization has a shakier foundation than marijuana investors would have you believe,” Kevin Sabet, president of SAM, said in a statement. “This should give pause to politicians and marijuana financiers alike.”

But the poll put out by SAM still finds that supporters of full legalization make up by far the largest group. (Although it should be noted that even the more diverse options leave out one possibility: making current marijuana policy more punitive.)

And the great majority of voters oppose current federal marijuana law. This kind of result — 83 percent of Americans choosing anything but a current policy — is exceedingly rare in any kind of polling.

This shows just how behind federal lawmakers are on marijuana. Recently, Attorney General Jeff Sessions, head of the US Department of Justice, put out guidance that pulled back Obama-era protections for states that legalize pot — essentially allowing federal prosecutors to go after cannabis users and businesses in states where marijuana is legal under state law. (Since pot is still illegal under federal law, users and businesses in these states are breaking federal law, regardless of what state law says.)

Based on an anti-legalization group’s polling, Sessions’s policy — to encourage the enforcement of current federal law — is extremely unpopular. Although Sabet, who supports Sessions’s policy, pointed out to me that the second question of the poll found that 50 percent of respondents would support enforcement of federal law if it doesn’t penalize users with small amounts of marijuana — which, Sabet argued, is in-line with how federal enforcement typically works.

The rest of the federal government, however, doesn’t fare much better. Even though the single biggest group in this poll was for legalization — and, again, it wasn’t even close — only a small group of lawmakers in Congress have supported legalization bills.

For example, a bill that would legalize marijuana at the federal level — but allow states to maintain their own prohibitions — only has one sponsor and 25 cosponsors in the House(out of more than 400 legislators). Another bill that would merely prohibit federal law enforcement from interfering in states where marijuana is legal under state law only has one sponsor and 40 cosponsors. (Thanks to Tom Angell of Marijuana Moment for helping me track down these bills.)

This helps explain why federal marijuana law remains in place even as it’s so unpopular: The politicians in charge of changing the law lag far behind public opinion.