Steve Kerr is one of the most outspoken coaches in the NBA, particularly on the subject of gun control in the United States, so it’s less than surprising that he had a few things to share following a shooting in Virginia Beach that left 11 people dead.

Kerr appeared in a pre-game press conference ahead of Game 2 wearing a Vote for Our Lives shirt. The shirt is meant to convey that people should vote for representatives who will support gun control measures.

Monte Poole
✔@MontePooleNBCS
Steve Kerr explains his ‘Vote for our lives.’ Felt appropriate in the wake of the mass shooting in Virginia Beach on Friday to display his desire for gun laws. pic.twitter.com/dXEy6fI8gD 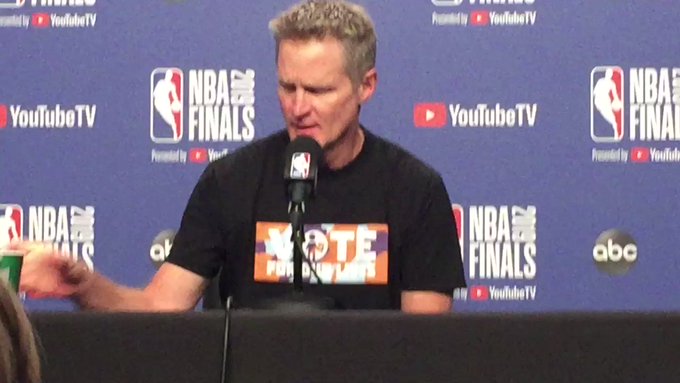 “The shirt’s a reminder that the only way we can get out of this mess is to actually vote and to vote for people who are going to be willing to create some change in our gun laws, in our country,” he said.”The March for Our Lives generation has really inspired me…Hopefully, we can create a change where we won’t have to walk around scared that we’ll get shot.”

Kerr has previously offered his support for gun control advocates and the survivors of the Parkland shooting in particular.

Steve Kerr on the student protestors at Douglas High demanding for stronger gun control after last week’s shooting there in Parkland, Florida. pic.twitter.com/zByLZ4teQq 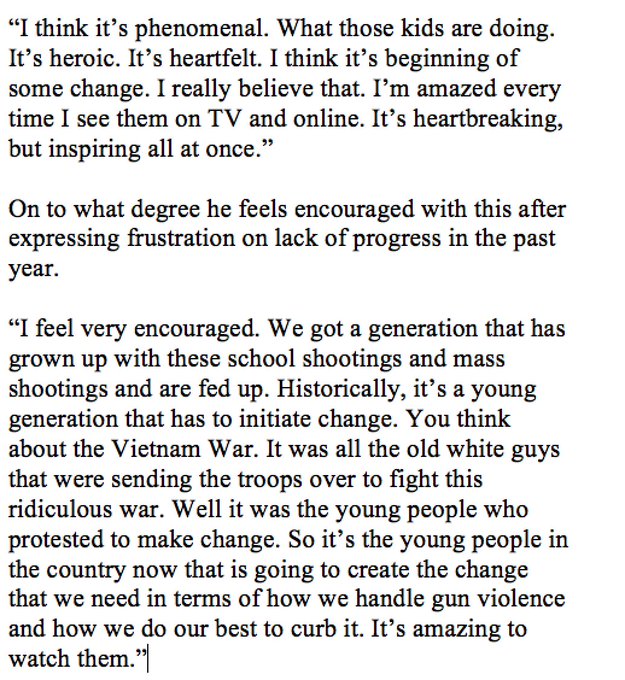 “I think it’s phenomenal,” he said last year. “It’s heroic. It’s heartfelt…I’m amazed every time I see them on TV and online.”
Retrieved from: