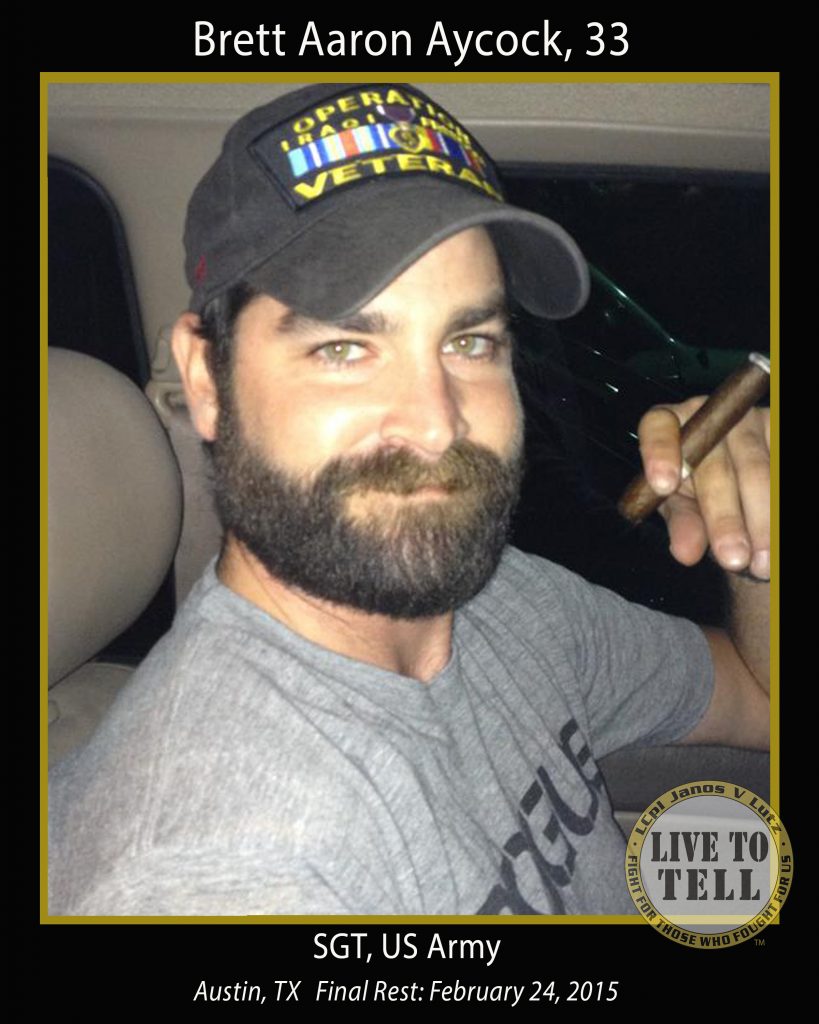 Brett was an Austinite since the age of four; he attended Hill Elementary, Murchison Middle School, Anderson High School and the University of Texas in Austin.

Brett never met a stranger and was a friend to all. He was a renaissance man. He was multi-talented and multi-faceted. He excelled at any endeavor he ever attempted. In high school, Brett was a on the varsity basketball team for the Anderson Trojans and enjoyed working with flowers at the Austin Flower Company. Later, while attending UT Austin, he was a member of the Delta Tau Delta fraternity and worked as bartender, manager, and security at various establishments on Austin’s famous 6th Street. In 2003, Brett enlisted in the Army. Upon his return in June 2006, Brett dabbled in careers as varied as military consulting and acting in TV/film productions, managing of large construction projects, electrical engineering, and advocating for nonprofits supporting his fellow veterans. Among other things, he was also a 4 x 4 enthusiast, a canvas for art, a facial hair aficionado (and member of the Austin Facial Hair Club), an artist, a craftsman, a son, a brother, an uncle and a kind, sweet, funny, gracious, elegant, and generous soul.

Brett’s greatest pride was his military service and being a member of the Reconnaissance/Scout Platoon, HHC, 1st Battalion (Airborne), 503rd Infantry Regiment “The Rock.” He received infantry training at Fort Benning, GA followed by Airborne school, Combat Life Savers and EMT training. His initial deployment was to South Korea, where he completed his Air Assault training, after which he was forwardly deployed to Kuwait and ultimately to Iraq in 2004.

While serving in Ramadi, Iraq, Brett was wounded in combat as a result of an enemy hand grenade on January 13, 2005. Subsequently, he was medically retired from the Army and forced to end his plans for a military career in Special Forces.

Survivors include his mother, Nancy Landes of Austin, TX.; his grandmother, Edith “Puff” Aycock of Midland, TX.; his sisters and their spouses; Ashley and Chris Cannatti, Cedar Park, TX., and Nikki and Howard Slobodin, Burleson, TX.; and his niece and nephews, Natalya and Henry Slobodin, and Stephen Cannatti; and Brett’s second family with whom he served, his fellow “Brothers in Arms.”

‘My Generation’ learns from an Austin war veteran: