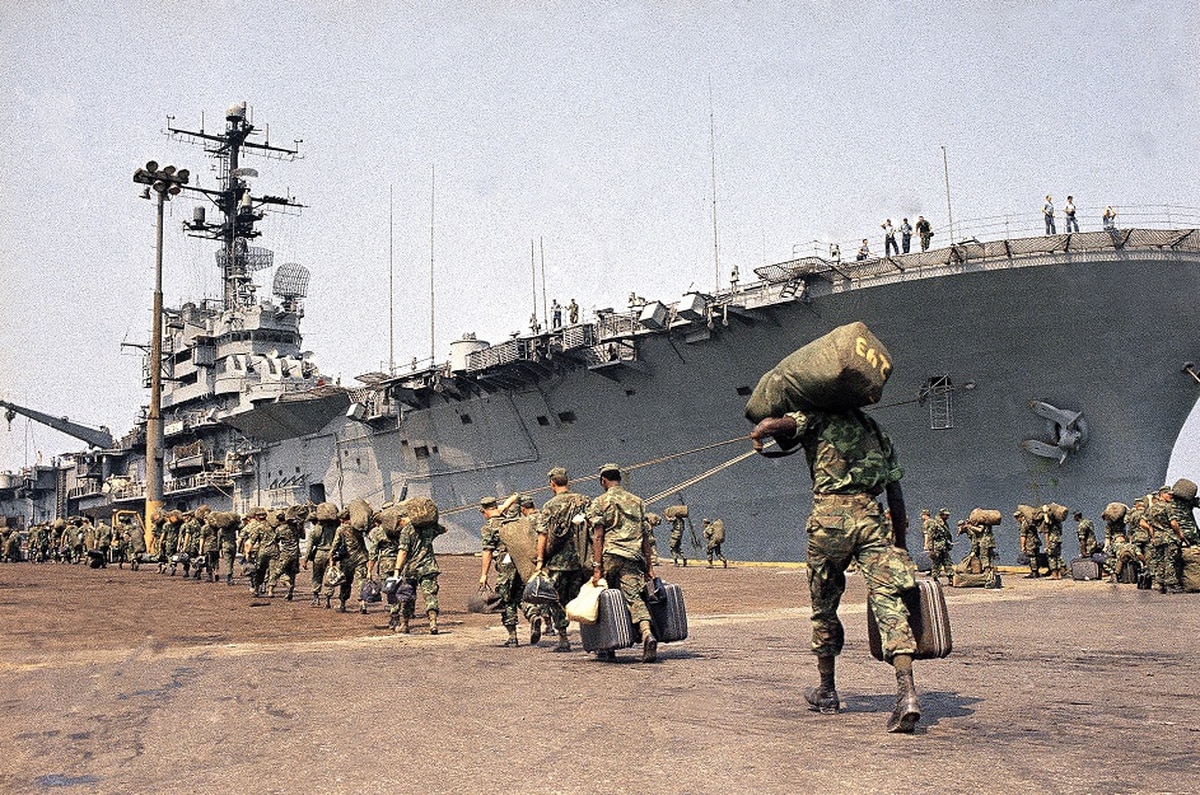 WASHINGTON — A federal court ruled Tuesday that the Department of Veterans Affairs cannot deny disability benefits to thousands of Vietnam veterans who claim exposure to cancer-causing chemical defoliants simply because those vets served in the waters off the country’s coastline, and not inland.

The ruling marks a major victory for so-called “blue water” Navy veterans who have fought the department for years over the denials. VA officials have said the existing scientific evidence doesn’t justify the presumption of toxic exposure for the group and have strongly opposed legislative efforts to overturn their decision.

But the 9-2 decision by the U.S. Court of Appeals for the Federal Circuit overturns past court opinions backing up VA, saying that Congress never intended to exclude servicemembers in the seas around Vietnam when they awarded presumptive benefits for certain illnesses related to Agent Orange exposure.

Under current department rules, the blue water veterans can receive medical care for their illnesses through VA. But to receive disability benefits — worth up to several thousand dollars a month — they must prove that their ailments are directly connected to toxic exposure while on duty.

That’s not the case for other Vietnam veterans, who are presumed to have been exposed to Agent Orange and other defoliants known to cause serious and rare cancers.

So while a veteran who served on the shoreline could receive disability payouts after contracting Parkinson’s Disease or prostate cancer, another vet who served on a ship a few miles away would have to provide evidence of direct contact with hazardous chemicals.

Advocates have said that, given the time that has passed since the war, obtaining such proof is impossible and unfair. In their ruling, the federal judges agreed.

“These statutes cast no doubt on our conclusion that, by using the formal term ‘Republic of Vietnam,’ Congress unambiguously referred, consistent with uniform international law, to both its landmass and its 12-nautical-mile territorial sea,” the ruling states.

If VA officials opt not to appeal the decision to the Supreme Court in the next 90 days — or if the court decides not to hear the case — the result means that up to 90,000 blue water veterans could see disability payouts as early as this year.

In a statement, VA spokesman Curt Cashour said the department is reviewing this decision and “will determine an appropriate response.”

Advocates hailed the news as a major step ahead in their effort to win benefits for the aging veterans.

“This is a big win,” said John Wells, retired Navy commander and the executive director of Military-Veterans Advocacy, which helped file the lawsuit. “We want to work with VA on how to implement this as painlessly as possible, but making sure these veterans get all they deserve.”

Bart Stichman, executive director of the National Veterans Legal Services Program, said the decision “unequivocally rights a wrong that is a terrible injustice to all veterans who were exposed to Agent Orange in the waters of Vietnam.”

Legislation that would have awarded presumptive status to the blue water veterans was blocked by a small group of senators at the end of last year, disappointing advocates who saw the legislative momentum as their best chance for a victory in years.

Now, instead of granting the benefits to veterans, lawmakers may be forced to scramble new bills to cover the cost of the court-ordered awards.

Congressional Budget Office officials had estimated that awarding the benefits to the blue water veterans could total about $1.1 billion over 10 years, but VA officials have insisted the total is closer to $5.5 billion. Disagreements over whether to use new home loan fees to pay for the costs stalled the previous legislation.

If the court order stands, VA will be forced to cover the costs regardless of whether an offset is agreed upon, a potential drain on the department’s annual budget. Several new bills on the issue are already pending before Congress, and the chairmen of both the House and Senate Veterans’ Affairs Committees have promised to deal with the topic quickly this year. In a statement, Senate chairman Johnny Isakson, R-Ga., said that he was pleased with the court decision and would work closely with VA on the next steps.

The full decision is available at the appeals court’s web site.