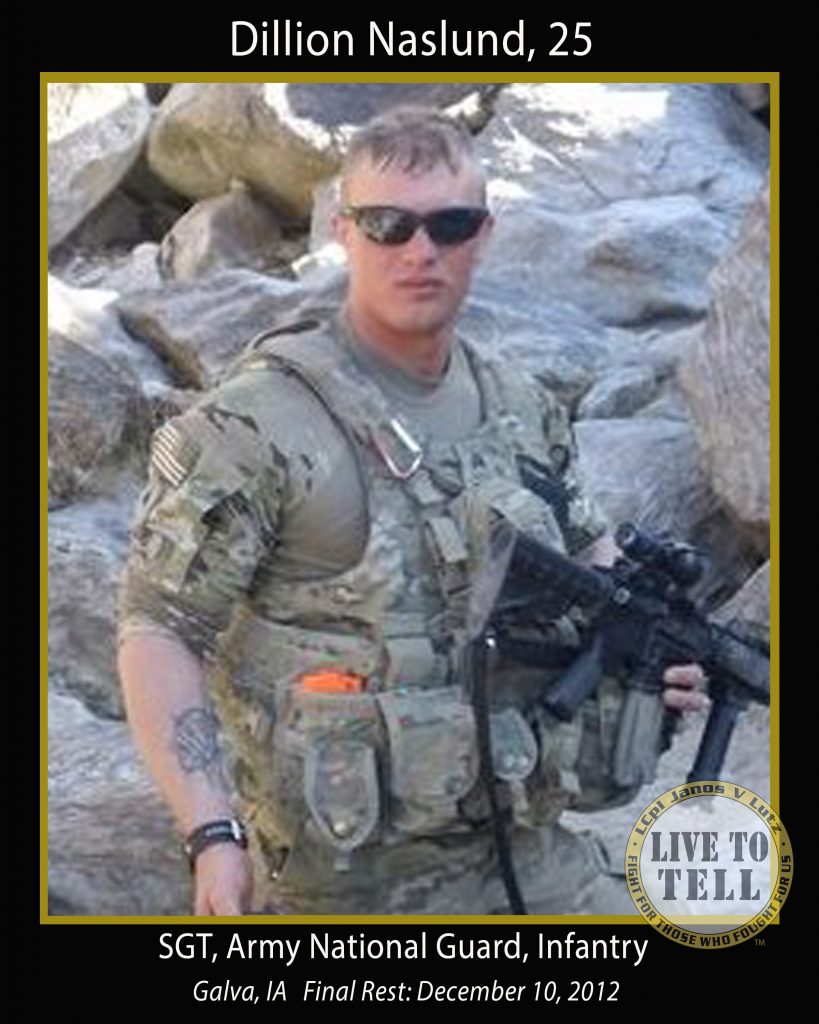 Dillion was born July 2, 1987 to Jeff and Lisa Naslund in Storm Lake Iowa. He grew up as 3rd generation on the Iowa family farm. He graduated from Galva-Holstien High School. May 2006.

On March 25, 2005, Dillion, his junior year in high school, joined the Iowa Army National Guard. He graduated from basic training and returned home continuing with his senior year in highschool, graduating in 2006. Then off he went to military training at Fort Benning GA for Advanced Individual Training. He insisted he wanted to be an Infantryman!! While his mother urged him to choose something else not so dangerous he would laugh and tell her “Mom, you know I have to be up front where the action is!”

SADLY HIS WORLD CHANGED……upon returning from war, the horrors of war took its toll in the form of Post Traumatic Stress. The nightmares and flashbacks took over. His world became upside down and as hard as he tried to cope with the BEAST of war, on December 10, 2012, Dillion took his own life.

“Dillion” A True Story of a Soldier’s Battle with Post-Traumatic Stress Disorder: