Firefighters are heroes. Sometimes they need rescuing too

Firefighters are known for running toward danger when most run away from it.

They see people in their darkest moments. They help people who have no one and nowhere to go. They see the things most people never have — or will.

More firefighters died by suicide than in the line of duty last year, according to a study released this past April by the Ruderman Family Foundation. The foundation is a private, philanthropic foundation started in 2002.

Little has been done to address the problem, despite the fact that firefighters are five times more likely than the average person to suffer from PTSD and depression, according to the Ruderman Family Foundation’s study. 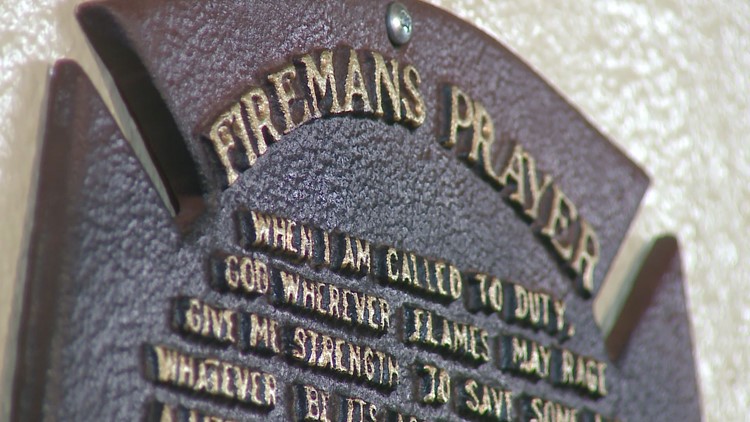 Firefighters have been protecting all of us for so long – helping us when we need a hero most. But who helps the hero? Who saves the hero? (Photo: 9NEWS)

For most firefighters, the desire to help and heal runs through their blood at a young age. Gary Metz was no different. He loved serving his community and never wanted to leave. He started as a cadet in 1976 and served nearly 30 years, eventually becoming a captain.

“I was at a busy station,” he said. “I liked it, but it might not have been a bad idea to get rotated out to a slower station.”

After he retired in 2004, those closest to him began to notice he just wasn’t himself. His children went to his wife once and asked for their “old dad” back, Metz said. For years he wasn’t sleeping, and he thought about suicide and started to isolate himself.

“I was obviously depressed,” he said. “I had a very short temper [and] little stressors would set me off… [I was] angry at my family, wanting to harm myself – that was the bottom. And having those thoughts in my head… which is so unlike what I used to be.”

Metz said it wasn’t one call that triggered him, but rather the calls over three decades. He suffered for years before getting help. He returned from treatment a few months ago.

Recent research has shown that PTSD doesn’t always present the same in all firefighters.

Juan Vigil, a lieutenant with the Denver Fire Department, said his PTSD stemmed from a single call. It was one that happened years before but didn’t surface until earlier this year.

“We walked into an establishment just to do a fire inspection that we do annually, and at that moment, I had a brief moment where I relived a situation back in 2012 that was not a great situation for me,” Vigil told 9NEWS. “It was a homicide. Multiple deaths. And it was something I don’t know if I ever dealt with. This kind of brought me back to the situation, and I can actually smell the blood on me – that’s how bad it is.”

Vigil’s PTSD came from a call years prior to it actually bubbling to the surface of his life. He, like Metz, became more irritable. His sleep got worse. He told 9NEWS he was even short with his spouse. For some firefighters, all it takes is one call – one experience – to put them into a spiral. Melinda Ryan’s husband, Steve Ryan, was sent to Ground Zero just weeks after 9/11, and from the beginning, he didn’t understand what he’d be doing.

Melinda Ryan said her husband thought he was heading out to New York to do rescue work. When she questioned him, he was adamant that he’d be rescuing people. He didn’t. Melinda Ryan said that when he returned home, life was different.

“He had a hard time dealing with moving on – reconciling what happened and asking for help… any time you asked him to talk about those things, he would get angry and upset,” she continued. “He would go through spans where he wouldn’t even go to work. He didn’t even want to go to work. He wouldn’t get up, he wouldn’t let go.”

She said he lost his love for the fire service. They tried sleep meds, antidepressants and therapists to help him. 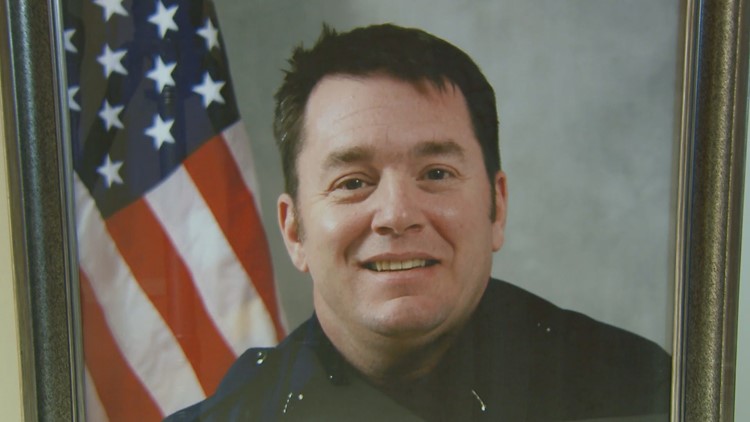 “I’m texting him and I can’t get ahold of him,” Melinda Ryan remembered. “I get home a little after five and he’s nowhere to be found… his truck is in the garage – now it’s coming to 9 p.m., and now I’m mad because I don’t know where he is… I don’t know what’s going on, so I go to the garage to look for his golf clubs and that’s when I found him.”

She said he’d shot himself in the chest and had been laying in the garage for hours. He’d taken his own life. That was 2014.

PTSD and suicide are topics that shouldn’t be avoided

Firefighters run into danger while the rest of us are running away. They also have to see burning homes, mangled cars and the people inside of them.

When those images build up – become too much – the worst can happen. PTSD and suicide are not new problems within the fire service, but they aren’t regularly talked about.

But that’s changing with a new light being shone on how the rates of suicide superseded line of duty deaths. The conversation among firefighters in Colorado is shifting, and many hope to eliminate the stigma.

For retired Littleton Fire Rescue Battalion Chief Ray Rahne, it’s been nearly 20 years since the worst call of his career. He was first on-scene at Columbine High School on April 20, 1999. He was the incident commander that day, when 12 students and one teacher lost their lives.

“It’s one of those things that I look back on, you know, I had all the signs and symptoms, but nobody knew about it back then,” Rahne explained. “After that, I was really suffering and it took me two or three years, and my wife really trying to convince me that I needed help.”

Pixley with DFD is not only a captain but also the peer support director for the department. “The courageous firefighter is the firefighter who reached out for help,” he said. “We are three times as likely to see a firefighter suicide than a firefighter line of duty death.”

In 2014, the organization National Fallen Fire Fighters did a study that found that firefighters are three times more likely to commit suicide in the firehouse than die in the line of death, according to Pixley. The fire captain said he knows firsthand what happens when someone doesn’t get help.

He’s started teaching firefighters across the country how to identify the signs of PTSD and to accept seeking treatment as routine as visiting the hospital for a broken bone.

More information on the International Association of Fire Fighters’ Center of Excellence can be found at this link.

Foundation 1023 helps with the emotional and mental wellbeing of all First Responders. The organization provides confidential funding mental wellness services. Here’s the link.

Colorado Crisis Services offers a talk or text line for anyone who needs helps with anxiety, depression, PTSD and other mental health issues. Available 24/7.